Johan Elf's research group consist of some 20 physicists, engineers, computer scientists, molecular biologists, mathematicians and microbiologists working together on technique development to test different models for how the cell works at the molecular level. Their efforts involve formulating mathematical theories to make precise predictions and to test models, but the bulk of the work is focused on developing experimental techniques that are sensitive enough to test specific predictions.

There are plenty of technical challenges. The biggest one is maybe to label the proteins with fluorescent makers without causing the proteins to move or function abnormally or to stop functioning altogether. Therefore, the group develops new technologies to replace a single amino acid in a specific protein in the cell to a fluorescent amino acid. The new labelling methods are developed in parallel with a new type of extremely fast microscopy which will make it possible to study individual protein’s interactions with DNA with a time resolution of one micro second. 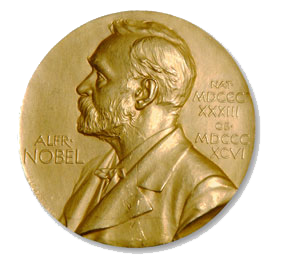 The recent development in fluorescence microscopy that has brought light microscopy to nano dimensions, and which was awarded the Nobel Prize in Chemistry in 2014, has made a huge impact on the research in the lab. If the cell is compared to a city, ten years ago it was only possible to see the houses and streets, no cars or people. Today, however, we can follow how individual people move and what they do in the city. Naturally, this gives new opportunities to understand how the city works.

Johan Elf has made several important discoveries through further developments of the Nobel Prize-winning technology. One is how a regulatory protein, a transcription factor, quickly finds and binds the right place on the DNA when a gene is turned on or off. Many theories have been put forward to explain this search process, but with the new technique we can see what actually happens when a transcription factor find the right spot among millions of alternative binding sites along the DNA helix. 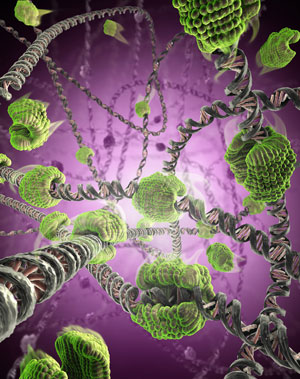 Imagine a super-fast librarian that without support of any computerized registers and in crowded aisles full of other librarians and library visitors, manage to locate one of the millions of books that are unsorted in many thousands of identical shelves. In less than a millisecond, the transcription factor scans about 40 DNA building blocks by sliding along the DNA strand. If the correct DNA sequence is not located, the transcription factor is released and resumes the search a new stretch of DNA until it reaches and attaches next to the gene that it is supposed to regulate.

The seemingly aimless search along short pieces of DNA is ​​so smooth and fast that five copies of the control protein is enough for one of them to find the target within one minute. The study confirms the theoretical model of how genes are found by their transcription factors that the Uppsala researcher Otto Berg proposed more than 30 years ago. 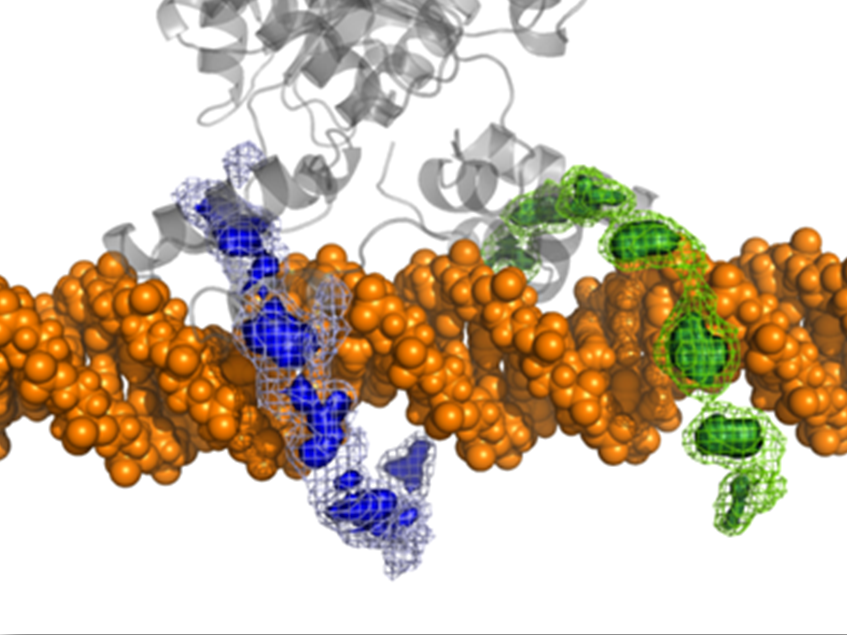 But it's not always that the detailed measurements of the cell’s inner life that is performed by the group confirm the accepted of the biological cell functions. One standard model claims that a gene is turned off as long as a transcription inhibitory factor is bound to the DNA strand. Johan Elf could recently show that there are discrepancies between the duration of transcription factor binding and inactivation of the gene. Such findings are the most exciting as they are contradict the expected outcome and opens up for new research challenges.